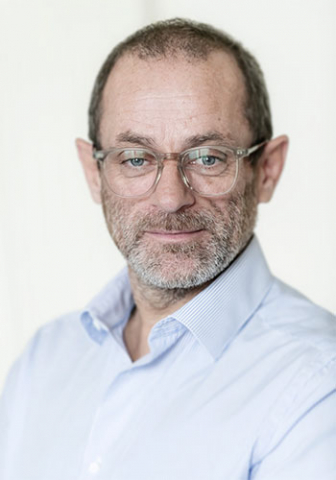 Director of the Ballet Company of the Opéra National de Bordeaux,

After completing his studies at the prestigious Opéra de Paris Dance School, Eric Quilleré joined the Opéra de Paris Ballet in 1984, recruited by Rudolf Nureyev. Rapidly spotted by Maurice Béjart, he was invited to join the 'Ballet of the 20th Century' in Vienna to perform in Wien Wien. He was soon promoted to the rank of Coryphée (1986), then Sujet (1988), and featured in the performance of Lander's Etudes given at New York's Metropolitan Opera during the Opéra de Paris' tour of the United States. He was also a finalist in the prestigious Varna Competition. Promoted to the rank of premier danseur in 1991 by Director of Dance Patrick Dupond, Eric Quilleré danced many of the great classics of the company's repertoire including the pas de deux of the Grape-Pickers in P. Bart and E. Poliakov's Giselle, the role of the Fool in Swan Lake at Opéra Bastille (DVD Pietragalla - Dupond, 1992) as well as the Golden Idol in Nureyev's La Bayadère, Frantz in P. Lacotte's Coppelia, Mercutio in Romeo & Juliet and a prominent role in Nureyev's Cinderella. He also played Puck in John Neumeier's production of A Midsummer Night's Dream.

Eric Quilleré also danced many of the most prestigious roles in the neo-classical (G. Balanchine) and contemporary (Cunningham, Kylián) canons, and appeared in productions of the Rite of Spring choreographed by both Pina Bausch (at the Paris Opera) and Maurice Béjart. He has also worked with Roland Petit, Karole Armitage and Rudy Van Dantzig.

Eric Quilleré was subsequently recruited by Pierre Lacotte to be the Principal Dancer at the Ballet de Nancy. From onwards 1995 he divided his time between the Opéra de Paris and Miami City Ballet, where he helped bring numerous productions to the stage. In 2001 he was invited by M.C Pietragalla to stage his version of Giselle at the Ballet National de Marseille. In 2002 he was appointed as Artistic Advisor to the MBC School in Miami, and in 2003, at the behest of Charles Jude, he joined the Ballet Company of the Opéra National de Bordeaux as Ballet Master. He collaborated with Charles Jude on the choreography for Don Quixote and Romeo & Juliet (subsequently recreating the latter production in Astana, Kazakhstan), as well as Coppelia, which he later restaged in Toulouse with the Ballet du Capitole, directed by K. Bellarbi. Eric Quilleré is also a visiting professor at Biarritz, Arcachon, Libourne, Mansle, Tel Aviv (Israel Ballet) and Florence (Opera di Firenze). He was recently appointed as Director of the Opéra National de Bordeaux Ballet Company. 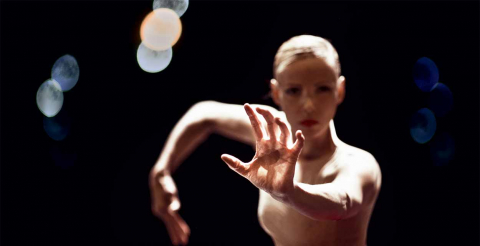 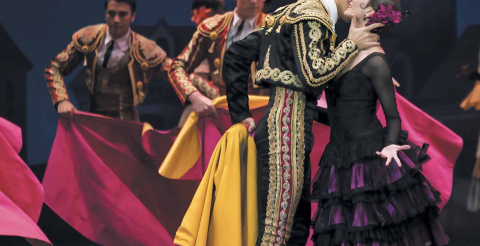