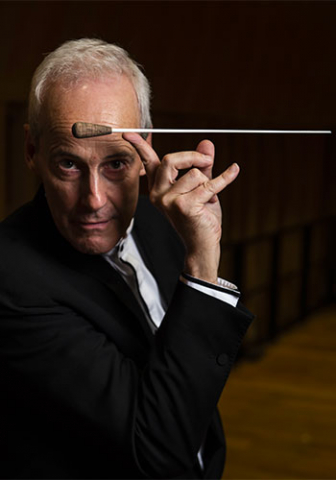 His many recordings include the hugely successful CD of Elgar’s Third Symphony on Naxos, and an expanding discography with Orchestra National de Bordeaux Aquitaine. His performance of Lulu for La Monnaie, with Barbara Hannigan in the title role, has been released as an award-wining DVD.

In February 1998 Paul Daniel received an Olivier Award for outstanding achievement in opera, and was awarded the CBE in the 2000 New Year’s Honours list.